This article is based on the talk I gave recently on ‘The Street Names of West Tullibody’. The original intention was to show how a local industry – in this case the whisky industry – could influence the naming of street names on a new housing estate. At the same time, we were able to appreciate the streets further by sampling the products the streets were named after.

If possible, you should therefore have the following ready for sampling at the appropriate points during this article:
• Some really poor quality grain whisky. I was unable to obtain any, and indeed much of the original spirit made in this area was so cheap that it was poisonous. A possible substitute would be the cheapest grain vodka you can find, as this is virtually the same thing. As a buying guide, if it tastes nice and does not give you a horrendous headache, you have paid too much for it.
• Some malt. Unless you like eating it by the spoonful as Roo had to (http://www.telegraph.co.uk/health/children_shealth/8971466/Just-a-spoonful-of-malt-extract-could-banish-winter-sniffles.html), I suggest some Maltesers or Horlicks.
• Glenkinchie Single Malt Whisky (easy to find, at least in the UK).
• Talisker Single Malt Whisky (easy to find, at least in the UK).
• Cragganmore Single Malt Whisky (you may have to go to a specialist whisky shop – if you can’t find it, try any other Speyside whisky).

Origin of the industry in this area 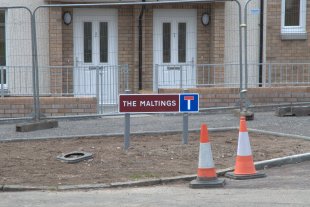 Although the whisky industry prefers the image of the remote, white-painted distillery where dedicated craftsmen turn the barley by hand and burn peat under the copper stills, such techniques could never have produced a mass-market product.
We do not have peat here but we do have coal (which was the major employer in Tullibody until the eighties), we do have good clean mountain water (from the River Devon), we do have easy-to-grow barley (on the ‘carse’ – or glacial flood plain of the Forth) from which malt is obtained in a maltings, and we do have good communications (once the River Forth which was navigable past Tullibody to Stirling, now replaced by train lines that go direct to Glasgow, Edinburgh and London, as well as being only five miles from the main motorway network). None of these, except the water, was available in the Highlands. It is thus no surprise that whisky production in this area is mentioned in the First Statistical Account (1793) and that the Moubrays and others invested heavily in this area throughout the nineteenth century. The name Moubray comes from Normandy. 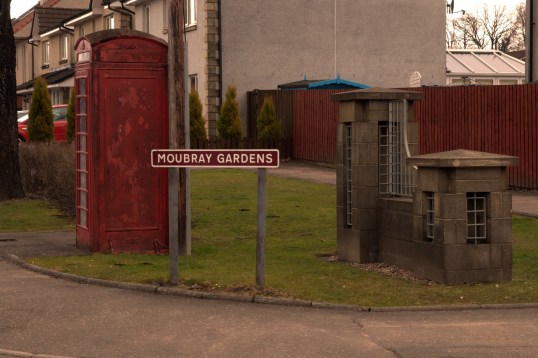 Some have even dared to suggest that these entrepreneurs lobbied parliament to ban Highland Whisky. I am sure these people were fine, upstanding gentlemen who would never have used such dirty tricks, but the ban did give the Central Belt (which is the term for this part of Scotland) a complete monopoly on legal whisky. 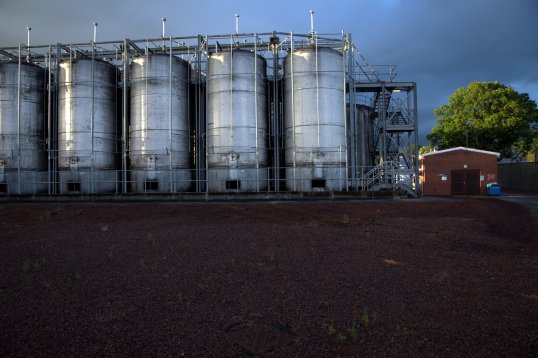 The ‘Coffey’ still was introduced at this time. Unlike the elegant copper pot stills used in the Highlands, these are continuous-production stills, technically more similar to Grangemouth (which processes crude oil a few miles downstream) than a traditional still. This cheap whisky would have been made predominantly from grain (wheat) rather than malted barley and so we see that the street name ‘The Maltings’ does not come from any genuine maltings (of which I have found no evidence) but is part of the romantic image of whisky production. 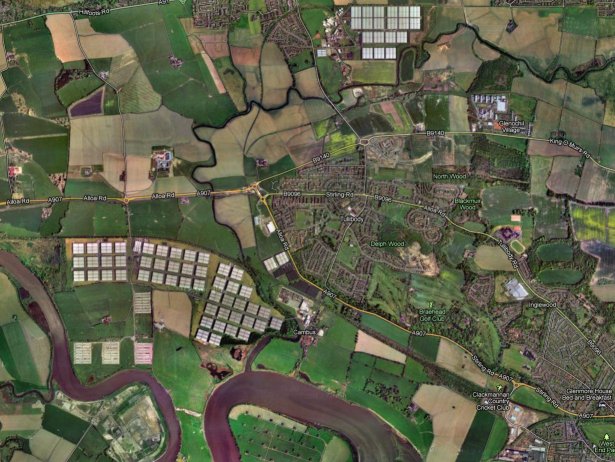 The distinguishing feature of Tullibody on an aerial photograph is the acres of sheds. All whisky, and especially mass-produced, cheap whisky, contains a variety of poisonous chemicals. If you mature the whisky, these chemical react together. Not only do they become non-poisonous, but they actually create the range of chemicals that are so important in the flavour of good whisky.
The poisonous drink referred to above led to a scandal and at last the government passed a law that all Scotch whisky must be matured for at least three years in casks in Scotland (although good whisky is matured for much longer anyway). By simple logic, this means that at any one time there must be at least three years’ supply of Scotch in casks in Scotland. More is stored in this area than anywhere else is Scotland, and that is the simple reason for all these sheds, or ‘whisky bonds’.

The good communications for this region explain the quantity of whisky stored here as well as Diageo’s decision to move all their cooperage operations here. The site was acquired by United Distillers and Vintners (which later became part of Diageo) who put together six of their Single Malts for marketing purposes, under the brand ‘The Classic Malts’, three of which can be found on a trip round the streets of West Tullibody: 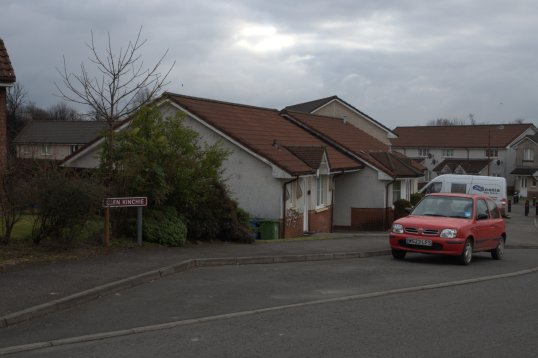 Glenkinchie lies, as the name might suggest, in a glen of the Kinchie Burn near the village of Pencaitland, East Lothian. It is situated about 15 miles from Edinburgh. The distillery is set in farmland. The name ‘Kinchie’ is a corruption of ‘De Quincy’, the original owners of the land. Its origins date back to around 1825 when it was founded by brothers John and George Rate. The original name was Milton Distillery. The brothers probably renamed it in about 1837. In 1969 the distillery stopped malting its own grain and the malting floors were turned into a museum of malt whisky. (Wikipedia)
This means the name is part Gaelic and part Norman French.
The whisky is: a fairly typical lowland whisky in that it is fresh and light in character, with notes of lemon and cut grass. It has a sweet nose and a hint of peat. (Wikipedia); a light, floral whisky with a fresh, creamy taste (Diageo); a light, sweet nose with fresh, slightly sweet flavours of grass, fruits and malt giving way to an intense smoky-dry, spice-filled finish (Diageo); sweet and creamy with a lightly aromatic edge (malts.com). 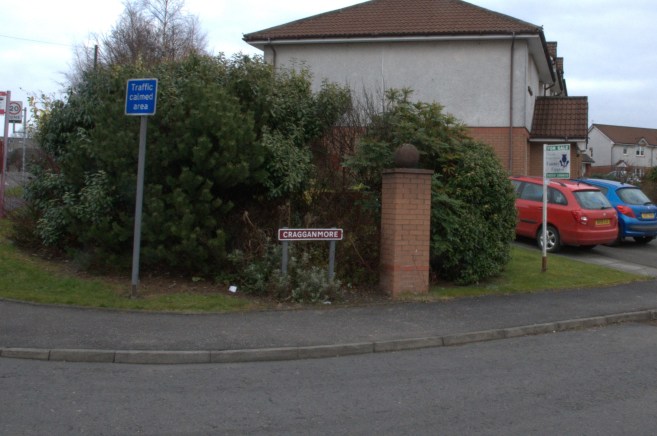 This is a Speyside whisky from Ballindalloch in Banffshire. The distillery is named from the Craggan Burn, perhaps from Gaelic creagan, a small rock. 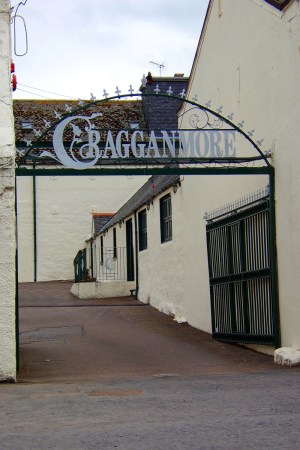 See if you agree with the whisky expert, Michael Jackson, quoted at malts.com, who says it is ‘One of Speyside’s greats. Elegant and austere. Gradually, almost reluctantly, reveals itself. A palate blossoming with flavours, and a long, lingering, finish.’

The distillery is named from Talisker House, which comes, according to numerous sites on the Internet, from the Norse name of the mountain Thalas Gair or Sloping Rock. Unfortunately, I cannot find any reliable source for this and, perhaps worse, I cannot find either word in a Norse dictionary. The Gaelic ‘talamh sgeir’ meaning ‘land of the cliff / sloping rock’ is much more plausible. However, this does not look plausible if you cannot read Gaelic, and this could explain why the Norse etymology is more popular! 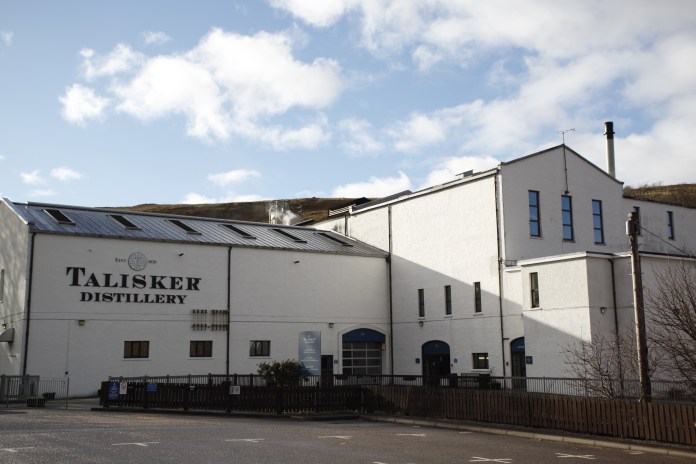 The malt used is peated to a phenol level of approximately 18–22 parts per million (ppm), which is quite high for a non-Islay single malt. Additionally, the water used for production, from Cnoc nan Speireag (Hawk Hill), flows over peat which adds additional peatiness to the whisky. (Wikipedia)
A bit smoked. A 10 year old and the only malt produced on Skye. Its seaweedy, smoky nose and sweet maltiness is perfectly complimented by its spicy, long finish. (Scotchmaltwhisky)
A pungent peat and sea-salt nose, a smoky sweetness with malt-flavours and developing warmth with a huge peppery finish. (Diageo)

We have seen how a major local industry has led to a number of toponyms with English, French, Gaelic and possibly Norse roots. The languages that names come from are often used as evidence of the languages spoken in the area at the time the place is first named. These examples here show that this evidence may not always be valid.
One ironic counter-example is the river that flows through the site (see Google map earlier) and whose pure water allowed the industry to develop. The River Devon (Duibhe in Gaelic) really is a local name, but sounds to non-locals more like a county in south-west England. 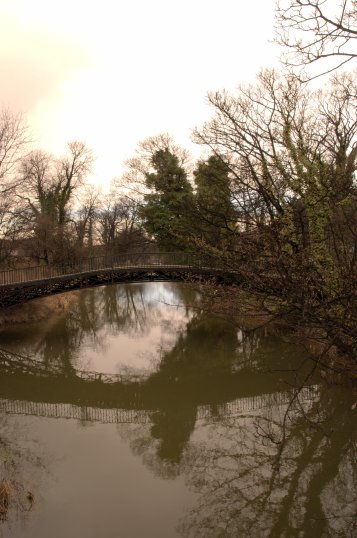